STUCK, which was runner-up in the Smith Mountain Arts Council Novel Contest, is available from  Amazon.com. Click  here to read part of Chapter 1.

STUCK is a middle-grade paranormal novel, in which an eleven-year-old girl—stuck in grief over her mother's death—helps a ghost who's stuck on earth until she finds her daughter. Here's a brief synopsis:

When fifth-grader Jacie Addison is called to the office, she thinks it's for slapping Nicole Fannerby, who'd ridiculed Jacie's mother. Instead, her father is there with bad news: Jacie's mother died earlier that morning. Jacie is stuck in her grief, but she and her father manage as best they can. In June, Jacie goes to horse camp where she's stuck with Nicole as a bunk-mate. At her birthday dinner in July, her father gives Jacie a locket and introduces her to Liz, his former high school sweetheart and now fiancée. Jacie, angry about her father's decision to remarry six months after her mother's death, is soon stuck with her future stepmother in a five-hour drive to a Virginia farm. When Jacie can't stand being stuck with Liz's obnoxious nephews at the farm, she retreats to the woods and encounters Callie, a ghost stuck on earth until she locates her daughter. The locket's history and a bit of sleuthing help Jacie find the information Callie needs. Before Callie leaves, she promises to send a sign if she finds Jacie's mother on the other side. When Jacie has almost given up hope, the sign arrives in a way she never imagined.

STUCK is also available as a Kindle ebook, but the ebook doesn't have the included study guide that the print version has.

I like to play around with the characters I've created. For instance, I've imagined what Jacie might write if she told her story in a school essay:

You might not think that being stuck is a major life problem. But it is. I know about being stuck. I?m an expert.

Two years ago I was stuck in grief because my mom died. I really missed her. I still do. I was also stuck with a really mean, conceited, hateful girl in my class who made fun of my mom and played bad tricks on people. Nicole (that's the girl) was stuck in her hatefulness and her dream of being in her sister?s wedding. I was even stuck with Nicole at horse camp. After she had a riding accident, I learned that Nicole was stuck with a mother who wasn't very understanding, so maybe that?s why she was so horrible.

I guess my dad was stuck missing Mom. He was stuck having to look after me by himself and do the housework and hold down a job. Then he lost his job and was stuck trying to get his new job started. When Dad told me he was marrying a woman he used to know before he met Mom, I was stuck being angry at him for a long, long time.

Then I was stuck with Liz, the woman Dad dated in high school and who he wanted to marry now that Mom wasn't ever coming back. I see now that Liz helped get Dad unstuck, but I didn't realize it at the time. All I realized was that as soon as I was forced to live with Liz, I was stuck in a strange place without my friends.

I guess Liz was stuck with me being a real pain. Plus for a while we were both stuck with her pesky nephews (who also got stuck in the old outhouse until I helped get them unstuck). Then--and I know you are not going to believe this, Miss Macy, but I swear it's true--I met a ghost who was stuck on earth until she found out what happened to her little girl.

Anyhow, it's a very long story, but I finally became unstuck. So did everybody else. It would take a whole book to explain how all this happened, so you will just have to take my word for it.

What I am trying to say is that everyone gets stuck in something. But being stuck isn't forever.

Please, Miss Macy, do not read this essay to the class. The ghost part is very hard to explain.

I've set part of STUCK in Union Hall, Virginia, near Smith Mountain Lake. Perhaps Liz's house looks something like this: 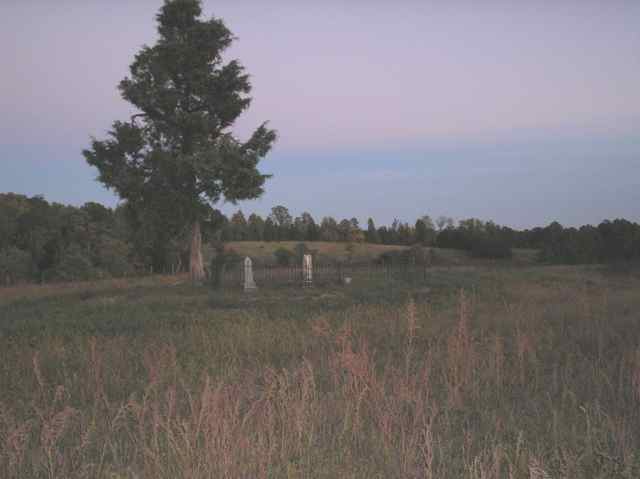 I haven't seen the ball of light, but I know people who have. Some other reportedly hainted places are near where I live, but this cemetery is the only one I mention in STUCK.